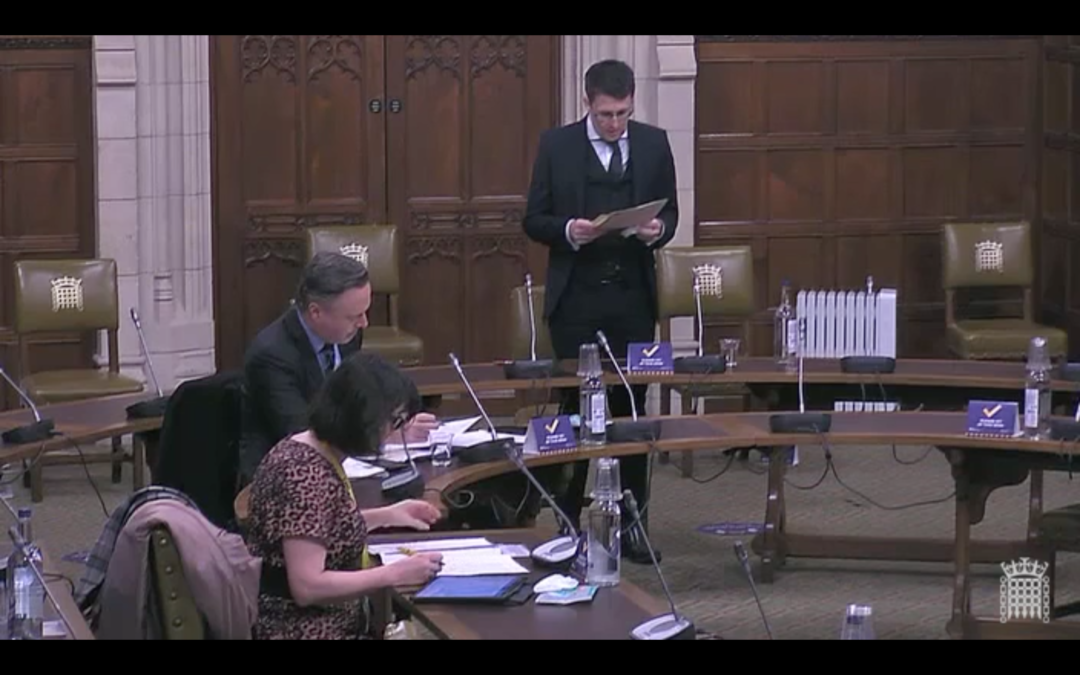 In a House of Commons debate this morning, MPs urged the Government to continue to play a leading role in the fight against global malnutrition. The debate, which was led by APPG co-chair David Linden (SNP) and vice-chair David Mundell (Conservative), was attended by ten MPs from five political parties.

In his opening remarks, David Linden focused on the newly formed Foreign, Commonwealth and Development Office and demonstrated how nutrition is central to the Secretary of State’s priorities. “Let us look first at climate change,” said Mr Linden. “Climate change adversely impacts food systems, but food systems also emit 20% to 30% of global greenhouse gas emissions, so the Foreign Secretary will need to look at reforming food systems to become both climate-smart and nutrition-sensitive.

“Secondly, on covid-19, we have all been thrilled by the news of the vaccines, the administering of which started this morning. However, vaccines are often less effective on malnourished people [and] malnutrition is a risk factor for developing severe covid-19 symptoms.

“Fourthly, on resolving conflicts and alleviating crises, conflicts and malnutrition mutually reinforce each other. It is no coincidence that 80% of stunted children live in conflict zones, so any UK aid programmes in a fragile context must invest in long-term nutrition improvement.

“Finally, on the issue of strengthening accountability and value for money, according to the Independent Commission for Aid Impact, nutrition is one of the most cost-effective development actions with significant economic returns. If the Minister wants to invest in proven high-impact interventions that represent excellent value for money, nutrition is very much a safe bet.”

Mr Linden summed up by urging the government to re-commit to reach 50 million women, adolescent girls and children with high impact nutrition interventions over the next four years and to pledge at least £120 million each year to nutrition-specific interventions between 2021 and 2025, as well as ensuring that at least £680 million-worth of FCDO spend in other areas is adapted to include nutrition outcomes.

Mr Linden’s points were echoed by MPs throughout the debate. Labour MP Chris Matheson made the point that COVID-19 is set to undo years of hard-won progress tackling malnutrition, arguing that “many of the world’s poorest people cannot work from home and most Governments cannot support them through furlough schemes. Food prices are soaring and, for most people, the threat of hunger and malnutrition is far greater than the threat of the virus itself.”

David Mundell argued that “nutrition enables and increases the effectiveness of the UK’s action in other areas, such as health, education, economic development and helping those in conflict zones. A malnourished mother-to-be is much more likely to suffer complications. A hungry child is one fifth less likely to be able to read by the time they are eight. An adult living with stunting will have greater barriers to reaching their economic potential. Those growing up hungry are far more likely to find themselves vulnerable to the offers of dangerous groups.”

Responding to the debate, Minister Wendy Morton confirmed she would attend the Nutrition for Growth: Year of Action event on behalf of the government. She did not re-commit to targets to reach 50 million people with nutrition interventions, nor did she commit finances or set out a timeline by when commitments will be made. She did however re-state her government’s commitment to tackling malnutrition, adding that “tackling malnutrition continues to be of importance for this Government. Between April 2015 and March 2020, the UK Government reached more than 55 million young children, adolescent girls and women in the poorest countries with nutrition support. I was pleased to see that the Independent Commission for Aid Impact recently commended us on our work, and noted that the UK had undoubtedly underestimated its reach and impact. Preventing and treating malnutrition remains fundamental to achieving the Government’s commitment to end the preventable deaths of mothers, newborns and children by 2030.”

A full transcript of the debate is available on Hansard and a recording can be watched on Parliament TV.