Lords debate the Government’s commitment to Nutrition for Growth 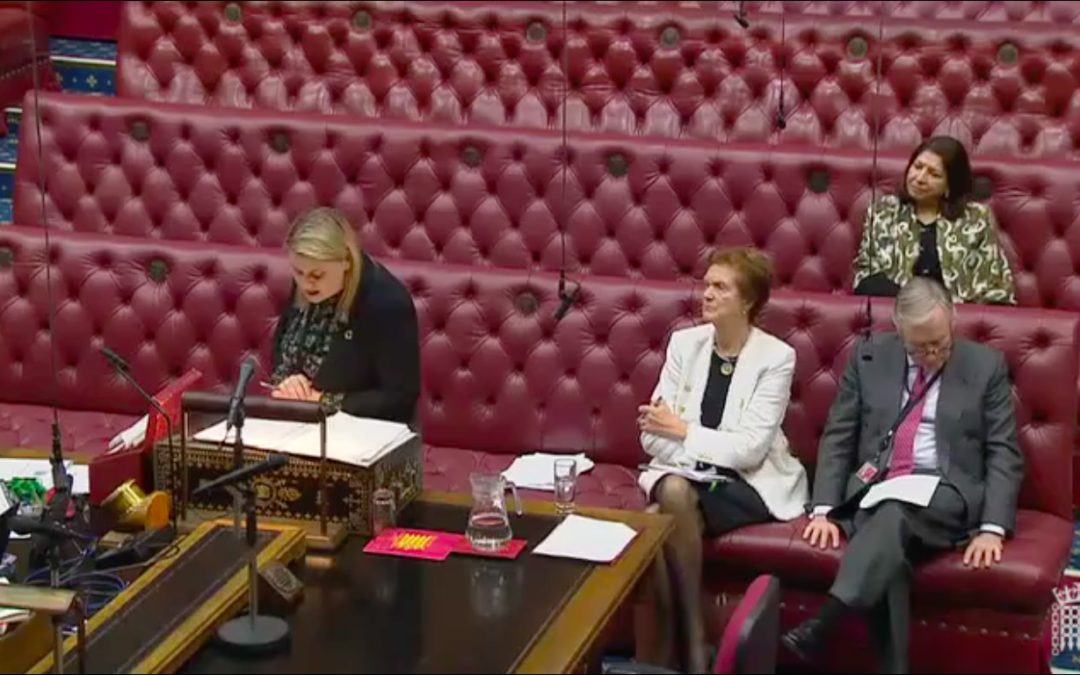 On Tuesday 28 January, the House of Lords held a ninety minute debate on the Government’s pledge at the Tokyo Nutrition for Growth summit and what they are doing to leverage commitments from other countries. Twelve Peers from all sides of the House spoke in the debate. A full transcript is available on Hansard.

Lord Collins of Highbury (Lab) opened the debate by making a powerful case for tackling malnutrition and calling on the Government to share what considerations they have given to formulating their pledge at the Tokyo Nutrition for Growth summit and what they are doing to build commitments from other countries.

Lord Collins continued by stating that unless a child had adequate nutrition, they would be unable to meet their potential in school and were more susceptible to disease, with malnutrition disproportionately effecting women and girls.

He argued that the December Tokyo summit needed a concerted effort to tackle the root causes of malnutrition. “If progress is to continue, it is vital that the UK once again provides the lead at Tokyo by taking steps to better embed nutrition into UK aid’s portfolio and pledging funds at least to the same level as has been the case since 2013, or ideally making an uplift”.

Lord Collins called for a commitment of £800 million a year for 2021 to 2025 which would represent a small increase on the Government’s historic spend for nutrition, reflecting inflation, the increased size of the aid budget due to economic growth and the global shortfall in funding for nutrition.

Watch: Minister Baroness Sugg respond to the debate on Nutrition for Growth

Baroness Walmsley (Lib Dem) argued that malnutrition is a universal issue and steps should be taken both domestically and overseas to tackle it. She urged the Government to step up their efforts on promoting breastfeeding, pointing out that “exclusive breastfeeding for six months and carrying on until 11 months could prevent over 800,000 child deaths and 20,000 maternal breast cancers,” per year. She also urged the Prime Minister to attend the Tokyo summit.

Baroness Manzoor (Con) began by speaking about Gavi, the vaccine alliance, which is hosting its replenishment conference in London in June this year. “Gavi aims to raise $7.4 billion from international donors to immunise an additional 300 million people between 2021 and 2025, saving up to 8 million lives.” She urged the Government to ensure they get the most from this investment by making an ambitious pledge at Nutrition for Growth, given that malnutrition reduces the efficacy of vaccines.

As co-chair of the APPG on Nutrition for Growth, Baroness Manzoor called for a strong commitment from the Government in ensuring better enforcement of the International Code of Marketing of Breast-milk Substitutes and urged the Government to ensure that trading arrangements involving food and agriculture do not undermine DfID’s work on nutrition.

The Lord Bishop of Oxford focused his remarks on the effect that climate change will have on malnutrition. “The Tokyo summit will take place just a few weeks after the key COP 26 in Glasgow, which the UK Government will host and chair. Short-term interventions to combat malnutrition are vital, but the world must also engage, as noble Lords have pointed out, with the long-term multiple linkages between poor nutrition and climate change”. The Bishop finished by asking the Government what consideration they have given to the linkage between UK leadership of the COP 26 conference and the pledge that will be made at the Tokyo summit in December.

“Much as I would like to be, I am afraid I am not in a position tonight to talk about the specifics of our commitments to the Nutrition for Growth Summit. We are fully aware that the summit is an important opportunity to sustain progress on SDG 2 and to accelerate actions on nutrition after 2020, when our commitments run out.

“We are in the process of identifying the most appropriate and impactful commitment and are fully aware of the importance of doing so at the most opportune time, but I am not able to update your Lordships on how much or when, nor am I able to update on specific attendance for July or December. I use the defence that invitations have yet to be issued. However, we are fully aware of the importance of this. We played a leading role in 2013, and DfID continues to play that leading role”.

On the issue of climate change, the Minister highlighted that the Government were “also looking at testing new agricultural technology, such as digital weather and market price information systems for farmers and solar-powered cold storage solutions”.

She added that the Department also supported the “implementation of the International Code of Marketing of Breast-milk Substitutes. In countries where we work, we know that the inappropriate marketing of breast-milk substitutes undermines breastfeeding and that infants in developing countries who are not breastfed are more likely to get sick and die.”

The Minister ended by reassuring the House that the Government remained fully committed to nutrition, saying “we will continue to play a leading role globally to make sure that more actors take action to help end malnutrition entirely”.