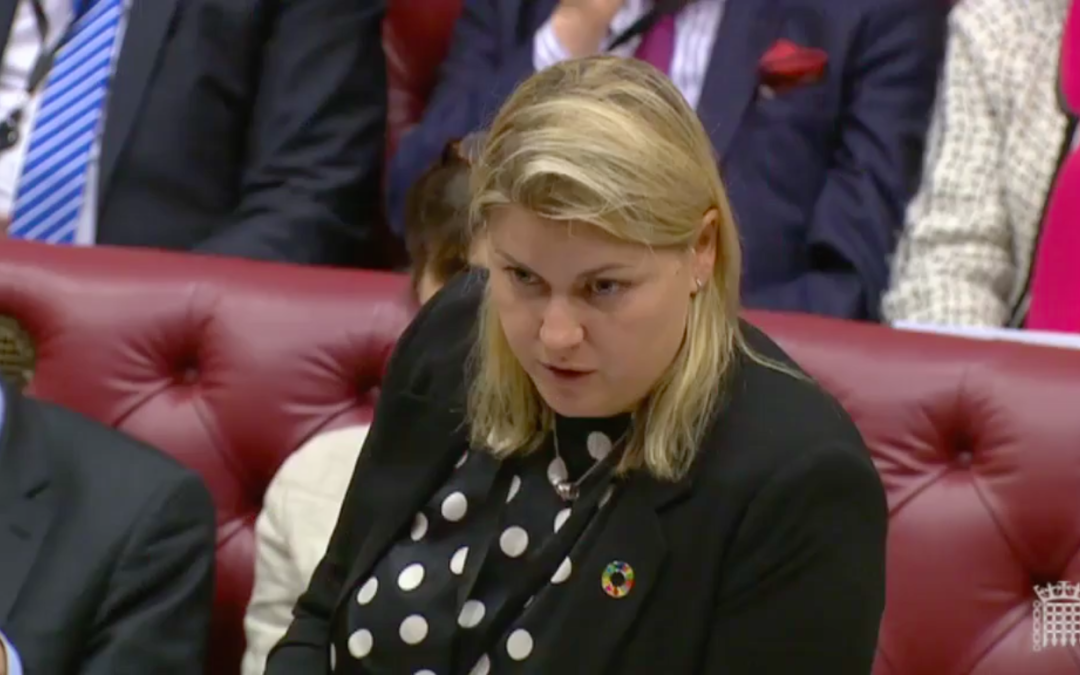 On Monday in the House of Lords, the Minister for International Development Baroness Sugg was questioned by six Peers on her department’s approach to nutrition sensitive aid programming. Labour’s International Development spokesperson, Lord Collins, initiated the questioning by asking, “what assessment [the Government] have made of UK Aid’s nutrition-sensitive programmes, and what steps they are taking to ensure that high-impact nutrition sensitivity is embedded across UK Aid’s portfolio”.

In response, the Minister assured the House that “we integrate nutrition objectives into our work on health, social protection, climate adaptation and agriculture, all of which is essential for tackling the underlying causes of malnutrition. We will continue to work to embed high-impact nutrition sensitivity across UK aid’s portfolio”.

Lord Collins followed up by asking whether the Government will incorporate the OECD policy marker for nutrition into their reporting system. Baroness Sugg said they are “exploring options to ensure that we use that policy marker to its best effect in DfID”.

Conservative Peer, Baroness Manzoor, asked whether the Minister would meet with her and other members of the APPG to discuss the Tokyo Nutrition for Growth summit. Baroness Sugg said she would be “delighted” to meet the APPG.

The Lib Dems International Development spokesperson, Baroness Sheehan, urged the Minister to ensure that DfID’s climate resilient crops do not just tackle food insecurity but also contribute to a healthy, nutritious diet. The Minister responded by acknowledging that “the additional deaths that will stem from climate change will be largely due to undernutrition” and assuring the House that “we are looking at nutrient-rich, biofortified staples such as vitamin A-enriched sweet potato or zinc-enriched maize. We will continue to ensure that we invest properly in new agricultural technologies so that the quality of the diet is available as well as the quantity”

Labour Peer Baroness Prosser welcomed the Government’s commitment to ensuring twelve years of quality education for every girl but asked the Minister how they intend to deal with malnutrition affecting educational outcomes. The Minister said that she is “committed to ensuring that we deliver early education and nutrition interventions together.”

Crossbencher Baroness Boycott asked the final question on whether the Government will properly address malnutrition so that health multilaterals, such as the Global Fund to Fight AIDS, TB and Malaria, can be as impactful as possible. Baroness Sugg responded by saying, “in our engagement with all the global funds, we have championed the need to focus more on prevention and addressing the underlying causes of AIDS, TB and malaria, as part of an integrated approach to universal health coverage. That includes addressing malnutrition. We also provided an additional £50 million of funding to the Global Financing Facility, which was contingent on demonstrating a strong commitment to nutrition, as well as other health issues. We will continue to champion this issue and influence the approach taken by all our multilateral partners.”