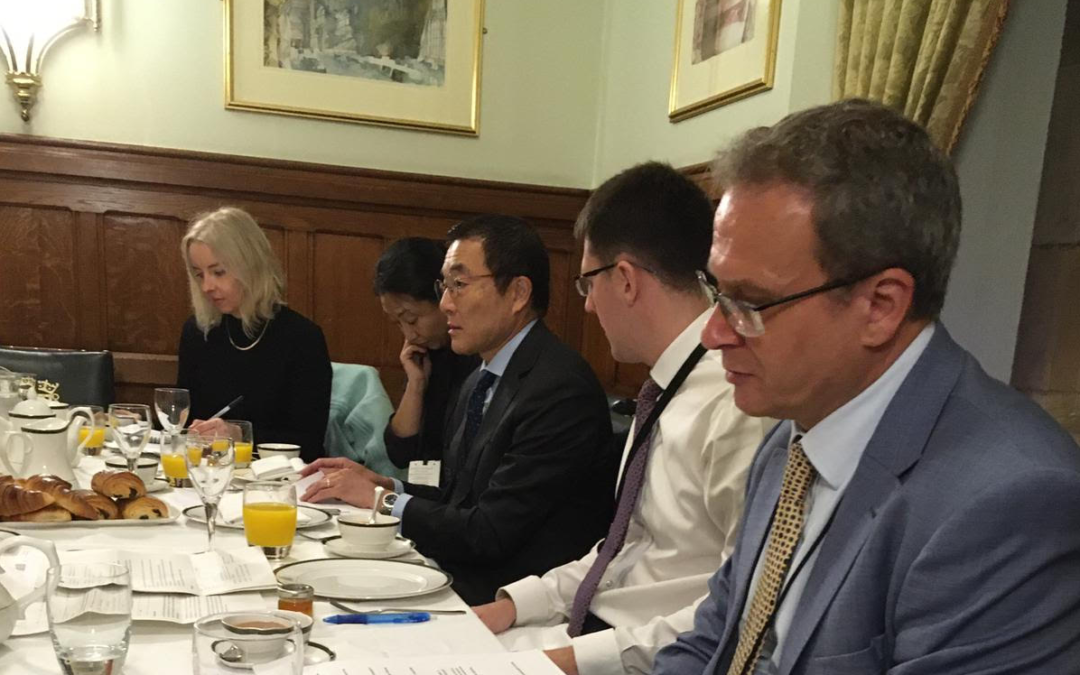 In 2018 around 2.5 million children died of malnutrition related causes. Despite the adoption of the Sustainable Development Goal to end hunger and malnutrition by 2030 (SDG2), it seems progress has largely stalled. And yet there have been some real and life-saving advances. The number of acutely malnourished children receiving the treatment they need has nearly tripled in recent years, and we know more than ever about how to reach the most vulnerable children in remote areas through community health services.

But to come anywhere close to reaching SDG2, we need to act fast to both prevent children from becoming malnourished in the first place, and ensure that all children have access to high quality nutrition health services when they need them. This will be the challenge to governments who will meet at the 2020 Nutrition for Growth Summit in Japan, and it was the focus of discussion at a World Food Day 2019 roundtable held by the All Party Parliamentary Group on Nutrition for Growth (APPG N4G).

In a session chaired by MP and APPG Co-Chair, David Linden,  MPs and Peers met with Minister Okada from the Government of Japan and Jean Michel Grand, Executive Director of Action Against Hunger UK, speaking on behalf of the ICAN UK coalition. The discussion focused on Japan’s vision for the Summit and how UK parliamentarians and civil society can work together to ensure an ambitious UK pledge; and a successful summit as a whole. The UK plays a critical role in supporting Japan, because the UK led and hosted the first N4G Summit in 2013 and because through UK Aid, the country has shown continued commitment to delivering life-saving programmes and playing a leading role in promoting action from the international community.

Baroness Sheehan stressed the need for a ‘push’ and ‘pull’ approach, for MPs and civil society to work together to inspire action from governments in the UK and beyond.  Shadow International Development Minister, Alex Norris, highlighted the multiple interests of UK Aid – and the risk that nutrition could be overlooked due to competing Government priorities. Above all, parliamentarians were concerned that we need to prevent malnutrition happening in the first place. The actions needed to deliver on this ambition are many and diverse but food systems are critical – as Lord Cameron highlighted, ensuring that food systems support the livelihoods of smallholder producers, who are mostly women, and helps them to feed their families.

We now know more about how to treat malnutrition than how to prevent it. Given the great advances in knowledge on treatment and the urgency of treating children at risk of dying due to malnutrition, there is no question that we must build on what was started in the UK in 2013. New and improved commitments to action are needed from governments in low, medium and high income countries. But we can’t stop there. The ultimate goal is to prevent children getting malnourished in the first place, –  and if N4G 2020 can deliver SMART outcomes that get us closer to that goal it will be a major, and vital, achievement.