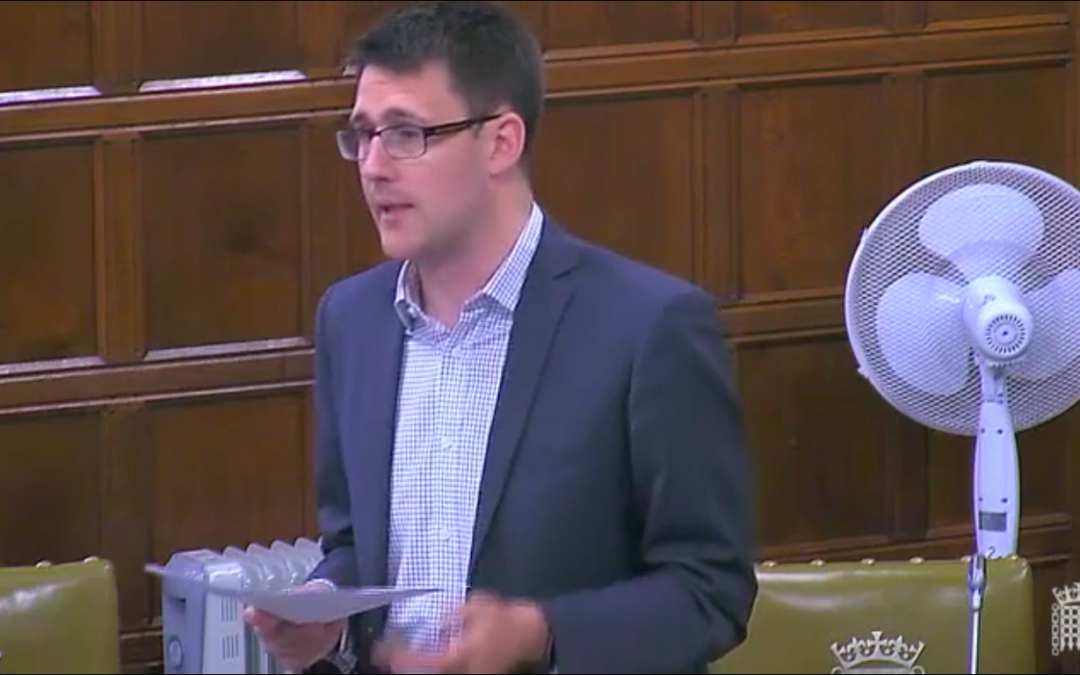 In a Parliamentary debate this morning, MPs from all parties urged the Government to put nutrition at the centre of efforts to meet Universal Health Coverage (UHC), the idea that all people should be able to access the health services they need without suffering financial hardship.

The debate takes place just before the UN High Level Meeting (HLM) on UHC, at which UN member states will agree to a political declaration to accelerate action on UHC. Former DfID minister, Alistair Burt, led the debate. In his opening speech he urged DfID to “champion free-at-the-point-of-use health and nutrition provision and… the full integration of nutrition and immunisation into national universal health coverage plans.” Burt’s point was bolstered by Philippa Whitford MP, Chair of the Vaccines for All APPG, who intervened to point out that “vaccines will not work properly on a malnourished child,” before adding that nutrition and vaccines are “two sides of the same coin”.

Our APPG Chair David Linden, gave a speech outlining how nutrition is fundamental to the achievement of UHC. Opening his speech, Mr Linden demonstrated how all health interventions are intrinsic to each other by pointing out that “without a strong immune system, vaccines and medicines are far less effective, and people are more vulnerable to disease. People living with diseases such as HIV or diabetes are more susceptible to developing other diseases, such as tuberculosis”.

Throughout the speech, Mr Linden made a series of recommendations. Firstly, he suggested that nutrition and other preventive health measures should be given prominence in the political declaration of the HLM UHC, adding that investing in preventive measures can be politically sensitive but, if done right, such interventions “reduce the burden on health systems and so, in the long run, the funding that they require”.

Mr Linden’s second recommendation urged DFID to better integrate nutrition across its health portfolio and to use its position of leadership at various health multilaterals to encourage organisations to work together and to add nutrition elements to their programmes.

Lastly, Mr Linden pointed to the “year of opportunity” ahead of us, with replenishments of various health multilaterals and the Nutrition for Growth summit all taking place between now and the end of next year. He urged the minister to invest “ambitiously and equitably  as each of those moments comes up,” making the point that “all these investments complement each other, and are the building blocks to achieving universal health coverage. Likewise, failure to invest in any one block compromises the effectiveness of the others”.

Winding up the debate, Minister Andrew Murrison, took on board the points, saying: “I appreciated the comments made by right hon. and hon. Members about nutrition; they were absolutely right. The hon. Member for Central Ayrshire (Dr Whitford) rightly said in an intervention that there is no point vaccinating people if they are undernourished. It is nonsense epidemiologically and in public health terms to do so, and we must adopt an integrated, holistic approach to universal health coverage. If we can get that across to people in New York in September, we will have done the world a great service”.

Video highlights of the debate are available on the APPG Twitter.

The full text of the debate and of David Linden’s speech are available on Hansard.